Fantages Studios started out in the early 2000’s as a way to publish Dungeons and Dragons Third Edition compatible d20 System gaming products under the Open Game License. While the original plan was to release fantasy game products, with the release of d20 Modern in 2002, Fantages Studios embarked on an ambitious plan to launch a roleplaying game based upon d20 Modern featuring the world of Professional Wrestling.

The original development of a Professional Wrestling game resulted in several chapters of the planned book being posted for sale in ebook format before real life ‘got in the way’.

In 2012 Fantages Studios started working on a reboot of the Professional Wrestling game, utilizing the True20 Roleplaying Game which provided much more flexibility, though like many projects, it ultimately got shelved after real life once again ‘got in the way’.

In 2014 Fantages Studios briefly worked on a card game prototype with plans to promote it on Kickstarter, though we decided to not move ahead with it.

Fast Forward to 2020, and Fantages Studios is once again active, and now on a financially stable foundation, where it is not expected that real life will ‘get in the way’, unless Coronavirus insanity or political upheaval cause a collapse of society, where publishing new books will be the least of our concerns.

Future plans are in place, and Fantages Studios is even more motivated to move forward with the projects in front of us. As described elsewhere we intend to release the seven-book demon series, an apocalypse trilogy, a third Vaarda themed trilogy, and several short story collections on various subjects including Immortality and the Afterlife.

While it may be a long way in the future, we are looking at getting back into roleplaying games. We do not know how these will be dealt with, whether we will develop them in-house, or license the setting out to a reputable game developer, or a collaboration of the two. 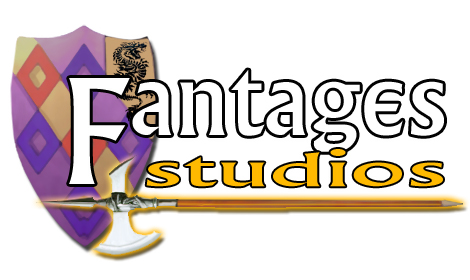